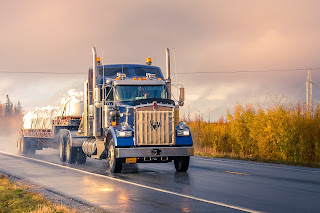 The U.S. Department of Transportation (DOT) has proposed new guidance on how medical examiners should handle CBD use among drivers seeking certification to operate commercial vehicles. The Federal Motor Carrier Safety Administration (FMCSA) released a handbook that outlines its position. The guide defines how long it takes for a driver who has taken marijuana-based products to test positive for THC—and what medical examiners should do if they suspect someone is using a high-CBD product that contains traces of THC.

While CBD products are becoming more readily available in the U.S., they are still illegal under federal law.

While CBD products are becoming more readily available in the U.S., they are still illegal under federal law. The FDA has not approved CBD for any medical use, and its status as a Schedule 1 drug—the classification given to substances that have no currently accepted medical use and a high potential for abuse—makes it illegal on a federal level.

However, many states have decriminalized or legalized cannabis-derived products such as cannabidiol oil (CBD), an ingredient in food or medication. Recent research suggests that nearly half of all U.S. adults have tried CBD at least once before; some estimates indicate that up to 25 percent of Americans are using some form of cannabis product today.

CBD is a non-psychoactive compound found in the cannabis plant. Hemp, derived from the same plant as marijuana, contains less than 0.3% THC and can be legally sold in all 50 states. According to the FMCSA, hemp-derived CBD products are legal as long as they have been tested for purity and contain no "controlled substances such as marijuana or its derivatives."

A spokesperson for the Department of Transportation told BuzzFeed News that although Congress legalized hemp and hemp-derived CBD last year, "the substance remains subject to legal restrictions" under federal law.

The FMCSA Drug and Alcohol Testing Regulation lists THC as a "prohibited substance" for drivers. That means "it is illegal for any person subject to the commercial driver's license (CDL) requirements to have any presence of tetrahydrocannabinol (THC) in their system while operating a commercial motor vehicle (CMV)."

They intend to propose guidance to clarify the FMCSA's position on cannabis use and driving. The agency issued the recommendation because there has been an increase in the number of inquiries related to CBD, which they noted "is a Schedule I controlled substance under federal law" and could pose a safety risk for drivers.

The agency also said it needed to clarify the issue because "some medical examiners were issuing CDLs with restrictions based solely on a positive test result for THC without considering any other factors such as use or recent ingestion."

The agency also noted that cannabidiol products that contain even trace amounts of THC, such as full-spectrum CBD oils and other cannabis extracts, are federally prohibited.

The agency also noted that cannabidiol products that contain even trace amounts of THC, such as full-spectrum CBD oils and other cannabis extracts, are federally prohibited.

Although some states have legalized the use of medical marijuana, the U.S. Department of Transportation has never amended its drug testing regulations to explicitly include these types of substances as acceptable for drivers in interstate commerce.

"People who use CBD products are doing so at their own risk concerning their potential DOT drug test failure, loss of their DOT medical certificate, and subsequent loss of their CDL," the draft handbook says.

"People who use CBD products are doing so at their own risk concerning their potential DOT drug test failure, loss of their DOT medical certificate, and subsequent loss of their CDL," the draft handbook says. "This includes all categories of CBD, including any hemp-based product that is derived from cannabis (marijuana) or contains THC."

The guidance says: "The FMCSA will not recognize a driver's certification issued by a state that allows drivers to use marijuana or its derivatives without testing positive for drugs under federal standards."

The draft guidance advises medical examiners not to issue certification if a driver tests positive for THC after using CBD—even if they claim to have stopped using the product.

The draft guidance also advises medical examiners not to issue certification if a driver tests positive for THC within any time after using CBD—even if they claim to have stopped using the product.

They are advising medical examiners to consider all relevant information when making this determination, including:

Medical examiners will refrain from issuing certifications for at least 30 days if a driver has tested positive for marijuana metabolites.

If you want to be sure that your drivers aren't using CBD, it's best not to wait any longer than 30 days before issuing them their new certifications. By following this recommendation, you'll have plenty of time to ensure that they comply with this new policy and are not using CBD while driving commercially.

The rules around CBD and cannabis are still emerging. While we wait for more guidance from the FMCSA, it's important to remember that these products are not legal under federal law. The agency has taken an essential step toward clarifying its stance on CBD and other cannabis extracts, but there is much more work to be done before anyone can be sure of their status about DOT drug test.