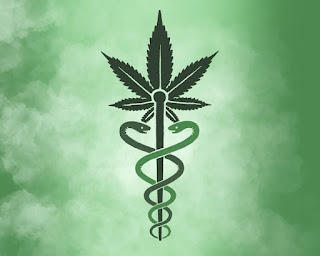 If you are one of the millions of Americans who rely on conventional, over-the-counter, or prescription medications to make their journey through life a little less painful and a bit more tolerable, here is some news that just might make your day.

Medical Marijuana, often called MMJ, is legal in 33 states. It appears to be making a push through community meetings and Senate halls, and landing on the governor’s desk for a “yes” signature that will help solidify a more natural, organic method of healing for so many people. When did this push begin? California was the first state to enter the awakening, passing a bill called Proposition 215 in 1996. Otherwise known as the Medical Use of Marijuana Initiative or the Compassionate Use Act, Prop. 215 was a significant victory, finally allowing patients and caregivers in the state of California the legal right to possess up to 8 ounces of cannabis and also the ability to cultivate marijuana for “medical treatment” as recommended by a physician.

We know that what followed was a renaissance of sorts in terms of holistic care, and by 2008, it was estimated that California was home to over 200,000 physicians approved MMJ patients.

It didn’t take long before more states followed. Alaska, Maine, Oregon, and Washington all passed their own versions of the Compassionate Care Act, and, by December 2017, 24 more states legalized MMJ. In total, 29 states in the U.S. legally gave access to MMJ as a safer, less addictive, and 100% natural alternative to big pharma’s chemical-based drugs (which they refer to as “medicine.”) Following are the 29 states where MMJ is legal, as of January 2018, with some links to each state’s MMJ website;

*Note, Washington D.C. also made MMJ legal in 1998. It is not considered a state; therefore, it was not included on the roster of 29 states.

A Heated Debate and a Positive Outcome

When states began to legalize marijuana for medical purposes, general responses were varied and sometimes very discordant. People from all walks of life in rural towns and urban cities sat down together for meetings to discuss whether or not this was a good thing for their communities. People voiced their opinions loudly. Would this be good for the people? Could MMJ be beneficial to the state, in terms of potential revenue? What about public safety? There were so many contradictory ideas and stereotypes already in place about marijuana. How could it be good for anything other than just “getting high”?

Ultimately, many people learned about the incredible health benefits marijuana offers, and the decision was made to put medical marijuana on ballots all over the country.

State by state, MMJ became a wildly celebrated reality, enabling patient and caregiver access to another, safer way to treat a variety of conditions.

How Do I Get a Medical Marijuana Card?

In some states, it is effortless to apply for and obtain an MMJ card, with online services and consultant agencies ready to help. Some other states make the process a bit more complicated, requiring the applicant to take more steps to make it happen. Of course, paperwork is a requirement, and can often be confusing to make sense of and somewhat challenging to complete, deterring some from ever applying. Here are a few simple words of advice; do not be intimidated by the process. Follow this guide to find out whether or not your state has MMJ and how to easily apply for and receive your card. Overall, there are 5 steps to take or things that you will need to apply for an MMJ card, as follows; 1.     You must be aware of the specific laws, as related to MMJ, in your state2.    A current and persistent, documented (by a licensed physician) medical condition and copies of all medical records proving it.3.    Timetables differ from state to state, but the general rule is that the situation be acknowledged and diagnosed by a board-certified physician for 6 months to a year4.    All required application materials (registration forms), correctly filled out, and all fees provided5.    A passport-sized photo of yourself, for your card

Is an MMJ Card Only for Cancer?

The short answer is no. There are a variety of reasons that you could be approved for a medical marijuana card. Each state has different pre-existing condition guidelines and regulations. Some are more limited than others, only granting a card to patients with an extreme illness such as AIDS, Multiple Sclerosis, Cancer, etc.

Other states are more open to many different types of conditions, such as chronic pain, migraines, anorexia, anxiety, stress, glaucoma, and other issues. Before applying for an MMJ card, it is essential to check the requirements in your state to see if your medical condition qualifies.

There is, of course, an exception to these rules. In Alaska, California, and Colorado, marijuana is entirely legal, both medically and recreationally. If you are 21 years of age or older, you can simply walk in and purchase marijuana, making the process even more comfortable. In states where medical and recreational marijuana is legal, people often think that they don’t need to get a card to obtain their medicine. While this is true, it is really much better to be an MMJ cardholder, because it entitles you to benefits that those without a card cannot enjoy, such as; ·      Lower Age Limit-MMJ cards can be obtained at the age of 18 (with consent from a legal guardian). Recreational marijuana users must by 21 or older. ·      Cheaper Prices- Taxes differ from recreational to medical marijuana. Recreational marijuana is taxed at a much higher rate, anywhere from 14-20% higher, in fact. ·      Higher Limits per Month-MMJ patients can purchase as much marijuana as their diagnosis requires. Recreational users have a specific limit. ·      Safety and Peace of Mind-Your MMJ entitles you to legally carry and consume cannabis. In other words, law enforcement cannot harass, charge, or prosecute you as long as you are carrying a valid medical marijuana card.

Where Do I Buy Medical Marijuana?

Medical marijuana can be obtained at a state-licensed dispensary with physicians on-site. This allows patients to make an appointment, have a consultation, and receive a prescription all in the same place, which can be a much more relaxing and satisfying scenario than trying to find cannabis elsewhere.

There are still a few states that do not currently have any dispensaries, such as Delaware. But, as laws evolve and the need becomes more significant, dispensaries are cropping up at an alarming rate.

If you do have a dispensary in your area, visit. Get to know the process so that you feel more and more comfortable with regular and prescribed MMJ use. Your medical marijuana physician will be able to diagnose your condition and offer a complimentary regimen of MMJ. Again, each state varies in the amount of cannabis you can purchase per month, which is why it is crucial to learn the laws in your state.12 States That Make the Process Easy Several states in America are trying to streamline the application process for a medical marijuana card, enabling more patients to access care. The following states offer online services, allowing the applicant the ability to input most required information via a computer. This also means that a decision is made much more quickly, and the applicant can become an MMJ patient by merely pointing and clicking. The states where this is a convenient reality, and the links to state websites are as follows;

If you live in California or New York, you are in luck because it’s even easier to apply for an MMJ card. There are now consultant firms, such as NuggMD, that do all of the work for you. All you need to do is have an initial consult and provide information about your condition and your physician. They do the rest by contacting your physician, determining need, and in most cases, filling out the forms for you. This option is simple, quick, and totally painless. As long as you have the accompanying medical documents, it takes about 10 minutes to apply, even less to receive a decision, and 3-5 business days until your MMJ card comes in the mail. The other 10 states require initial proof of diagnosis and accompanying documentation from your physician, which can often be inputted into your online account by the doctor’s office, a physical printout of the registration forms, and some kind of online payment to seal the deal. Processing or registration fees vary from state to state. Some charge no cost, while others charge $5.00 to $200.00. In addition to this, it is essential to know that you will have to renew your MMJ card yearly, paying all necessary fees on an annual basis.  A New World of Healing and Well-Being

What we call “medicine” is changing daily. No longer considered by many to be a dangerous, addictive, and evil drug, marijuana is becoming recognized as a safer and (in some cases) more effective solution to chemical-based, synthetic drugs traditionally offered by physicians all over the world. If you are one of the many, many people in the United States who has a chronic illness or medical condition, applying for, obtaining, and utilizing an MMJ card might be exactly what the doctor ordered.

Get to know the laws in your state. If medical marijuana is an option, consider the benefits of moving away from potentially harmful chemicals and making a new commitment to better health and longevity for yourself, your family, and friends.