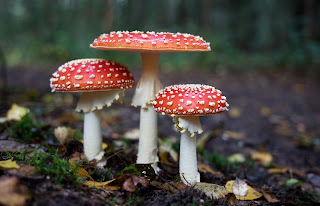 Lawmakers are suing the Drug Enforcement Administration (DEA) over its refusal to allow a doctor to treat terminally ill patients with psychedelic therapy according to federal and state "Right to Try" (RTT) laws. These laws aim to expand access to Schedule I investigational drugs lawmakers have not yet approved for general use.

In addition to the new lawsuit, DEA is also facing increased political pressure from bipartisan lawmakers, who are taking an extra step to provide additional congressional clarification. They're also filing companion bills in the House and Senate on Wednesday to reaffirm the scope of the Right To Try policy should include psychedelics.

The latest lawsuit was filed by the Multidisciplinary Association for Psychedelic Studies, or MAPS, on behalf of Dr. Michael Mithoefer, who has been studying the effects of psilocybin therapy in patients suffering from treatment-resistant depression. He and his wife Ann Mithoefer, a physician; and Brad Burge, director of communications at MAPS. MAPS filed the complaint in the United States District Court for the District of Colorado against Robert Patterson Jr., acting administrator of the DEA; Jack Riley Jr., acting deputy administrator; Holly Liapis and Lawrence Payne Sr., acting assistant administrators for Diversion Control; Joseph Tandy III and Frank Sapienza Jr., acting deputy chiefs at Diversion Control; as well as Joseph Rannazzisi aka Joe Rannazzisi aka John Doe #1.

In addition to the new lawsuit, DEA is also facing increased political pressure from bipartisan lawmakers, who are taking an extra step to provide additional congressional clarification. The lawmakers are also filing companion bills in the House and Senate on Wednesday to reaffirm the scope of the Right to Try policy should include psychedelics.

As reported by CTV, the DEA is being sued again for refusing to allow terminally ill patients access to psychedelic drugs. The latest lawsuit was filed in Houston by a group of doctors who say they have seen psilocybin "help dying people with their existential distress and reduce their death anxiety."

The Multidisciplinary Association for Psychedelic Studies (MAPS) has filed a lawsuit against the U.S. Drug Enforcement Administration (DEA) to force the government agency to comply with federal law. This lawsuit would also reschedule psilocybin mushrooms from a Schedule I drug, the most restrictive category that includes heroin, LSD, and MDMA, to a Schedule IV or V.

MAPS prompted this move because of a 2018 announcement by the DEA that it had denied MAPS' petition for the reclassification of psilocybin mushrooms, despite acknowledging that there was no evidence demonstrating any potential harm associated with their use if taken responsibly under medical supervision.

MAPS has filed suit against the federal government over its restrictions on psychedelics. They also brought suit against the Obama administration back in 2010 over their refusal to expand research into medical uses of marijuana extracts like cannabidiol (CBD) which has been shown effective at treating certain types of epilepsy and post-traumatic stress disorder (PTSD).

The DEA's determination that psilocybin does not qualify for access under the Right to Try law is baffling. There is no conceivable way for them to argue that psilocybin meets their criteria for exclusion. No safety data is required, and it's not a controlled substance like heroin, cocaine, or fentanyl. It's pure logic, and there's a bipartisan bill addressing the issue and seeking redress _ what more could the DEA ask? What excuse do they have?