This article is about neither the 1984 films starring Charlie Sheen, Patrick Swayze, et al., nor the 2012 remake that I didn’t bother to watch.[i]

Tuesday, the Midwestern hub of Michigan voted to legalize marijuana for recreational use.  The ballot measure called Proposal 1 passed 56 percent to 44 percent.

“The recreational use and possession of marijuana would be legal for anyone 21 years old or older. A tax 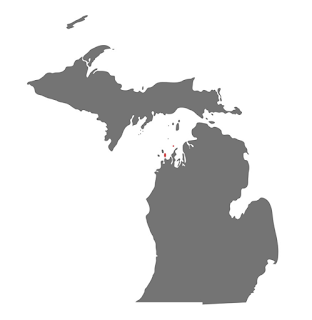 would be imposed on marijuana sales.”

Michigan’s Proposal 1 will let people 21 and older possess, use, and buy marijuana for recreational use, and allow individuals to grow up to 12 pot plants in their homes for personal consumption. It will also set up a system through which the state government can license and regulate marijuana businesses, from growers to retail outlets, and impose a 10 percent sales tax on marijuana, with revenue dedicated to the implementation of the initiative, clinical research, education, infrastructure, and municipalities with marijuana businesses.[ii]

Like all that came before Michigan, there is no doubt that administrative and logistical hurdles remain.

Marijuana won’t be commercially available for sale until probably early 2020, in part because the state must still put regulations in place and issue licenses for recreational sales.[iii]

BTW - Medical use has been legal there since 2008.

The ‘Wolverines’ metaphor is that at one time long before most of you readers watched movies like ‘Red Dawn’ we all had a way of life that has us thinking about Russians and Communism and nuclear weapons and being invaded and only Patrick Swayze could save us.  Fast forward, and the world is different, and we have all adapted.  The Russians didn’t get us.  Only bad screen-writing did.

Perhaps Michigan is yet another pile of bricks in the wall that has (somewhat uneventfully) fallen and eventually we will only look back nostalgically on when legalization issues were on ballots.