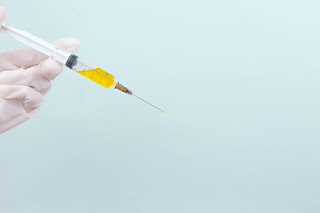 A research letter published in the Journal of the American Medical Association found that a pilot program for safe drug consumption sites in New York City effectively reduced overdose risk and provided an alternative space for drug use.

The research letter, published in AMA's Journal of the American Medical Association, looked at data from two overdose prevention centers that opened in New York City late last year. Over two months, trained staff at the sites intervened in 125 instances to mitigate overdose risk, administering naloxone and oxygen and providing other services to prevent deaths.

The researchers emphasize that safe consumption sites are not a magic bullet—they need to be part of an overall strategy that includes providing a range of services to people who use drugs, regardless of whether they use illicit substances or prescription medications. Further, ancillary health services, such as on-site naloxone access and referrals for other treatment options for those with opioid dependence disorder (ODD), should accompany these spaces.

One thing is clear: We cannot keep doing what we are doing now if we want any hope of stopping this crisis from getting worse than it already is.

"The most important thing is that these sites exist because they can save lives," says Dr. Eliza Wheeler, an associate professor of pediatrics at Oregon Health & Science University. She was not involved in the study but has reviewed some of its findings for other publications. "But this study shows there is room for improvement."

"It is urgent that we implement new solutions to save lives now. Twelve people die every day in New York City alone — that is our South Tower falling every single day," said Matt Curtis, director of policy for VOCAL-NY and operations coordinator for the safe consumption sites. "We need to act with urgency on these new solutions as one more tool in the toolbox to solve what is a crisis of epic proportions."

The study comes as the de Blasio administration prepares to open three more sites, in Brooklyn at 29th Street and 4th Avenue; in Manhattan at W. 25th Street between 8th and 9th Avenues; and on Staten Island at Richmond Avenue near Bay Street (a location still being finalized). Safe consumption sites are part of a multipronged approach by Mayor Bill de Blasio's administration to combat an opioid epidemic that killed 1,343 people in New York City — an average of four per day — including a record number who died from fentanyl use alone (1,138).

There have been many claims against supervised consumption sites but little evidence documenting their effectiveness. A recent study examining the New York City facilities found that trained staff wasted little time preventing overdoses and intervening in other harms associated with drug use. If the state looks to start a safe injection site, these results are what can measure success.