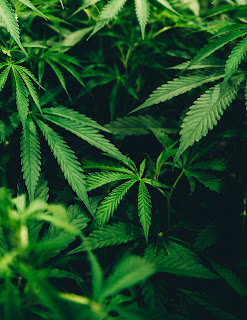 The Michigan Department of Licensing and Regulatory Affairs (LARA) has approved two grant applications from the University of Michigan and Wayne State University to research whether cannabis can help veterans manage PTSD. The study, which will receive $20 million in state funding, will be conducted by a team at UM led by Dr. Sue Sisley, who has been studying the effects of medical marijuana on veterans with PTSD since 2016."

The Michigan Department of Licensing and Regulatory Affairs (LARA) is pleased to announce two additional grants totaling $20 million as part of the Michigan Medical Marijuana Research Fund, which will fund nine separate studies to explore the use of cannabis in treating veterans’ health conditions. The department previously approved eight different research projects, totaling $9 million, awarded to universities across the state earlier this year.

The agency supports all efforts to advance scientific research, and we are pleased to recommend these two applicants to the Legislature," said Andrew Brisbon, director of the Michigan Cannabis Regulatory Agency. "As we move forward with our goal of ensuring safe access and patient rights for those who benefit from medical marijuana treatment options, we look forward to working with researchers across our state as they continue their important work on behalf of veterans."

The University of Michigan will receive $15 million to conduct a randomized, placebo-controlled clinical trial for veterans with symptoms of post-traumatic stress disorder (PTSD) using both smoked and vaporized marijuana under medical supervision. The study will examine cannabis's effects on PTSD by measuring sleep quality and nightmares, panic attacks, negative mood, and substance use.

Post-traumatic stress disorder (PTSD) is a mental health condition that can develop after a terrifying event. Individuals with PTSD may experience flashbacks of the event — including nightmares and unwanted memories — and uncontrollable thoughts about it. In addition, they may experience symptoms such as:

Avoiding people, places, or activities that remind them of the traumatic event

Wayne State University will receive $5 million for a study on the use of CBD and THC extract in female veterans who are experiencing symptoms of PTSD.

The university's Center for Integrative Toxicology will conduct a study focusing on CBD and THC extract. It will also focus on female veterans, who comprise about 25 percent of the state's veteran population.

This research could provide insight into whether or not cannabis-derived medicines that female veterans can use as a treatment for PTSD.

The Michigan Department of Health and Human Services is now approving the second round of marijuana research grants, which will pay out $20 million in funding to researchers across the state. The first round, awarded earlier this year, was $9 million — split between eight projects.

Researchers must be able to prove that they possess expertise in a specific field and can produce results that are comparable or superior to existing methods before being awarded grants from the department's Marijuana Regulatory Agency (MRRA). Applications for this latest round closed at 5 p.m. Thursday, Oct. 11, with no extensions given as part of an effort by MRA director Shelly Edgerton to ensure transparency surrounding how the agency will spend funds on cannabis research initiatives.