Will Europe Be at The Forefront of Future Legal Cannabis? 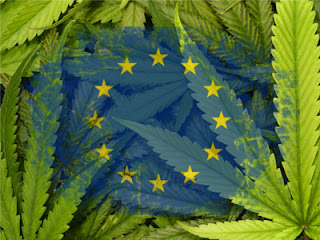 Although the eyes of those with a vested interest in marijuana are firmly fixed on the USA and Canada, the two

biggest legal cannabis markets of the present day, there are now surprisingly strong signs that Europe has the potential to move into the lead when it comes to the marijuana marketplace of the future.

An Enormous Customer Base

The population of the European continent is double that of both Canada, and the USA combined, and this suggests that there is a much bigger market for cannabis which has the potential for development. Although there have been various estimates out there, the average figures appear to show that, since about 12% of Europeans are either intensive or irregular users, if the market were properly regulated and legalized, it would have a value of around 56 billion Euros annually. Evidence has suggested that even the medicinal cannabis market on its own has the potential to bring in around 36 billion Euros – an amount that can’t fail to impress.

At present, only a handful of European nations have legalized marijuana for medical purposes. Germany, Austria, Finland, Italy, the Czech Republic, Spain, Poland, and Portugal have so far permitted medicinal marijuana to be recommended to patients for certain conditions. However several neighboring countries are now considering following their example. There has been considerable pressure, for example, from both the medical community and the wider public in the UK where there have recently been two high profile cases involving children who rely on medical cannabis oil to control their seizures. With the UK media firmly focused on the Alfie Dingley and Billy Caldwell cases, British legislators have been obliged to look again at the benefits of using the drug for medicinal purposes.

Is A Change In The Traditional Anti-Cannabis Stance On The Horizon?

Legalization of cannabis, whether for recreational or medicinal purposes, has traditionally been a highly sensitive topic both in the UK and, indeed, across Europe in general. Respective governments have concerns that even permitting its use to treat specified conditions could open the floodgates when it comes to drug legalization. Despite the possibilities that legal marijuana could open up regarding job creation and taxation, politicians Europe-wide have long had a reluctance to address the issue yet there have been signs over the past few months that change could be on the horizon. Not only has the UK already launched a new review into marijuana’s current status as a Class B drug, but it has also opened itself to several investments in the cannabis industry. In May 2018, over £1 million was raised by Sativa Investments, the first medical cannabis vehicle in the UK, while Oxford Cannabinoid Technologies held a round of fundraising early in the year which raised £7.6 million. This suggests that the cannabis industry in the UK could be a very lucrative one for investors should current restrictions be lifted.

Regulating and taxing cannabis in a similar way to tobacco and alcohol is an avenue which politicians in Europe appear to be more willing to consider. While there would be potential complications due to any future policies differing between countries and approval being required for medical cannabis from each state, the fact remains that Europe looks set to emerge as the marijuana industry’s next major frontier. A recent study has shown that Europe could well become the world’s biggest cannabis dealer by 2028, and predictions have been made that the European continent will be the drug’s largest legal market worth up to £115 billion. The wider advantages are also becoming clear, with the increased demand for medicinal and recreational cannabis promising to drive growth in employment and the European economy. 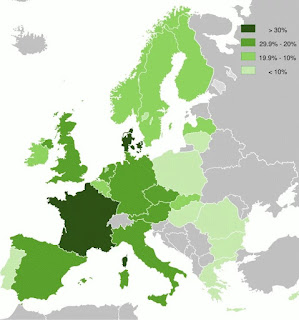 At present, the recreational marijuana market has a current worth of £26 billion. However, this is predicted to double within a decade should the EU legalize the drug in the next five years. Political, professional and public opinions are largely swinging in favor of cannabis being legalized and regulated, and although Europe is traditionally known for its conservative and considered approach when it comes to change, over the past 6 months there has been more growth in the domestic cannabis industry than at any time during the last 6 years.

Although there is a current medicinal market in Europe, it has few similarities to that of Canada and the USA. In Europe, medicinal cannabis products must be sold in a pharmacy to patients who have a prescription from a doctor. In European countries where medical marijuana is legal, doctors even have to specify the particular strain which their patient must use so there can be no experimentation or shopping around as is possible in North America. This precludes the possibility of establishing a dispensary modeled in the American fashion.

Medicinal cannabis patient numbers in Europe currently stand at under 100,000 through the region, in the main because of the restrictive nature of the current policies. Many EU countries which allow medical cannabis to be used have only a couple of hundred patients with some having even fewer.

However, over the decade to come it has been predicted that those numbers will grow to more than 30 million. There are already signs that change is on the way. In 2016, Germany’s Supreme Court made the process of qualifying for a medicinal cannabis prescription much easier, resulting in a massive increase in the country’s patient population. Germany has also accepted applications over the past year to give licenses to 6 different companies to grow cannabis, expanding their medicinal cannabis program exponentially. There has also been a considerable amount of interest among both European and North American investors in their burgeoning marijuana market, and this appears to be a foreshadowing of marijuana becoming Europe’s 21st-century version of the dot-com boom.